An opening day attraction and Disney-MGM Studios, the original Backlot experienced major changes and new iterations before finally closing in September of 2014. Throughout its history, as changes to the tour were made, so to was its name. Known originally as the Backstage Studio Tour, its name became Backstage Pass, as well as simply Backlot Tour, during its tenure. It’s preshow, Inside the Magic, was listed as a separate attraction for some time as well but, eventually rolled into the overall tour.

With a different entrance area, the original tram portion of the tour took guests through an area called “Residential Street” that featured houses used for exterior shots in shows like The Golden Girls, Empty Nest, and Ernest Saves Christmas. It continued down New York Street before heading into Catastrophe Canyon. Guests then disembarked into what was then a break area before the walking tour, Backstage Pass, began. A working studio in the days of the original tour, the walking portion took guests through the special effects shop and soundstages along Mickey Avenue using overhead walkways.

Despite the efforts of Disney and the state of Florida to keep a real working production studio in Orlando, it was eventually decided to move all active production to other locations. To make way for Lights, Motors, Action!, Residential Street was demolished and the tram tour changed drastically in mid-2003.

The area many guests know today as the Animation Courtyard and the spaces where Studio Catering Co. and the Honey, I Shrunk the Kids Movie Set Adventure are located today was greatly different during the times the park was an actual working studio. A wonderful breakdown of the original tour and studio can be found at Studio Central.

On September 20, 2014, it was announced that the Studio Backlot Tour would be closing in its entirety just a week later on September 27, 2014, to make way for as of yet unknown additions to the park (later confirmed as Toy Story Land). This announcement came just over a month after the closure of the American Film Institute Showcase, a classic part of the Backlot Tours since the park opened. The closure, and demolition of the backlot were in its entirety. This included Catastrophe Canyon and, much to the dismay of fans, the Earffel Tower. 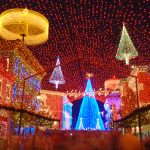 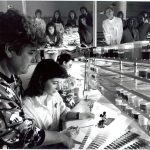 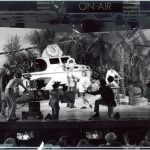 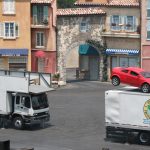