Opening along with the rest of the park on October 1, 1971, the Magic Kingdom’s skyway traveled between Tomorrowland and Fantasyland. Though considered an “attraction”, guests were forced to disembark their skyway vehicle at each station and were not allowed “round trips”. It offered a quick and easy way to travel from one side of the park’s property to the other, offering great views of Fantasyland attractions like 20,000 Leagues Under the Sea.

Though the actual reasons behind the closure of the skyway have been questioned for some time, it was officially shut down in early November 1999. It wasn’t until years later, however, that the stations in Fantasyland and Tomorrowland were removed.

The actual ride load area of the Tomorrowland station wasn’t demolished until the summer of 2009. If you find yourself visiting the restrooms of Tomorrowland, you are actually entering the base of the building that once fed this attraction.

The Fantasyland skyway station was built in such a way that even after it’s closure, once the pylons and cables were removed, it’s structure still fit perfectly within the Fantasyland theming. Similar in design to the area’s Village, the station featured a large tower on which a clock was placed. For years, it was rumored that the station would become some sort of eatery but in the summer of 2011, in tandem with much of the work going on for the Fantasyland expansion, the station finally met its end. The area and all remnants of the skyway building are being demolished to make way for a new pathway into Liberty Square. 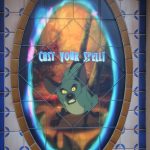 Sorcerers of the Magic Kingdom 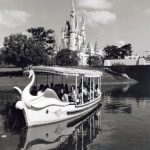 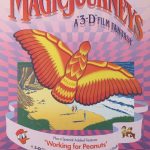 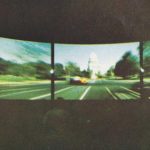