For Mickey’s 60th birthday, the Magic Kingdom decided to celebrate in a very special way. Unused land to the East of 20,000 Leagues Under the Sea began being cleared to make way for what was supposed to be a temporary land. In June of 1988, Mickey’s Birthdayland officially opened to guests.

Upon entering the Magic Kingdom, guests would hear announcements from Minnie Mouse regarding a special surprise party she was having for Mickey. A new train stop was added, and guests made their way into a toon land, similar to Toontown in Disneyland, but themed around the town of Duckburg.

After touring Duckburg, guests would move on to a large circus-style tent that was to act as the location for Mickey’s Surprise party. Once inside, guests were treated to a show that featured Minnie and the Gang surprising The Big Cheese with a 60th birthday party.

Birthdayland was so popular that Disney decided to make it a permanent land at the Magic Kingdom; the first new land since the park had opened. In April of 1990, it closed for a brief refurbishment, opening a month later as Mickey’s Starland.

For a brief period during December of 1995, Mickey’s Starland became “Mickey’s Toyland.” It then closed, in early 1996, to be refurbished into an officially permanent land called Mickey’s Toontown Fair! 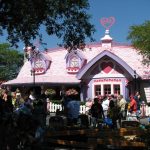 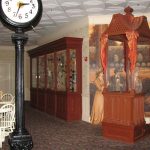 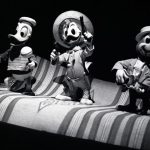 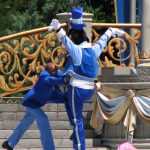 Dream Along with Mickey