While traveling the waters of the Seven Seas Lagoon you may notice something that looks out of place on the island to the Northeast of the Polynesian Resort. Is it a huge log? Is it a former dock? No, believe it or not, it is the remnants of a wave machine!

As part of the construction of the Polynesian Resort in 1971, the Vice President of Park Operations (Dick Nunis) came up with the idea to add surfing as a recreational activity for guests. At a cost of nearly a half-million dollars, a wave machine was installed to make his dream a reality. Once open, the machine proved it’s worth and created amazing waves for guests to ride. Unfortunately, the man-made Seven Seas Lagoon and it’s beaches suffered as a result.

Though there were rumors of the machine failing too often to maintain, the widely accepted reason for its demise was the severe erosion of “Surfrider Beach,” ultimately leading to its closure and abandonment soon after opening.

In 1985, before investing in having the unsightly machine removed from the lagoon, Disney tested it once again. The idea being that after 14 years, the lagoon and its beaches may have potentially “set” and erosion would no longer be a concern. The tests were short lived, however, as it was soon determined that was not the case. The decision was made to remove the machine from the lagoon at that time but, remnants of the wall to which the machine was attached can still be seen today on the island. Though it’s obvious the above-water portions of the machine are now gone, rumor has it that the under-water mechanisms that created the waves themselves were simply left to rot under the lagoon, as the cost to remove them would be too great. 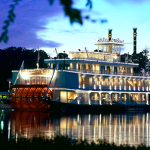 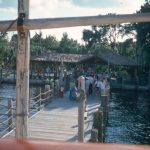 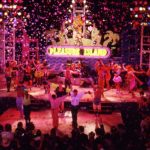 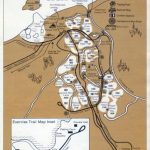